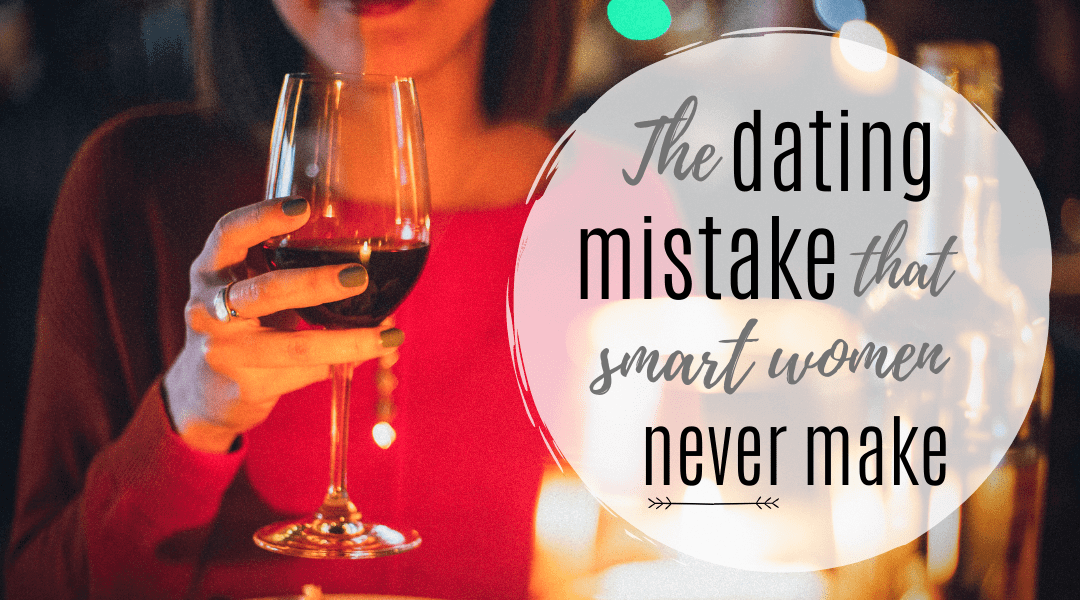 Have you ever fallen for the wrong guy, bent over backwards to get a man’s attention, been in a toxic relationship?
Chances are that your answer is “yes”.

Unfortunately, it takes most women a few lessons and a few heartbreaks before they find a committed and deeply fulfilling relationship. And what’s even more sad is that some women never find true love, simply because they lack the right knowledge.

But there is one piece of knowledge that all smart, High Value women like you need to understand when it comes to dating. It’s a mistake that smart women should never make. Once you understand it, it will allow you to skip over the guys that are not worth your time and instead, find one that cherishes and adores you for life.

So what is this important piece of knowledge?

It’s the fact that you need to choose a man based on how hard HE falls in love with YOU – never the other way around.

Yup, you read that right.

Some people may take this personally and think that it’s selfish, manipulative, or in some other way wrong but smart women understand that this is true. Even though many women may not admit to it, they understand that a man has to fall in love more than the woman. Even if it’s just 5% more.

The Mistake That Many Women Make

The mistake that a lot of women make when they meet an attractive man is focus on THEIR feelings for HIM. They get carried away by their fantasies very quickly and start idealizing a guy they barely know. They are enamored with how successful, charming, and interesting he is and allow themselves to be overwhelmed with endorphins. If this sounds like you, then you need to understand that being in this state prevents you from assessing whether he is actually a good match.

I know it’s hard to keep your emotions in check when you think you’ve met the “perfect” man. Especially because as a feminine woman, you feel things so deeply. You should never choose a boyfriend or a future husband by simply relying on your feelings for him – especially “early on” when your hormones are going wild.

But the truth is that as a smart, High Value woman, you need to shift your focus from how you feel about him to how he treats you and how he feels about YOU. His intentions for you may not be obvious from day one but eventually, they do become clear. Pay attention to his actions, not his words.

If you want to ensure that you pick the right man and have the soul-penetrating relationship that you deserve – go here.

The Truth is that Men Fall Harder

An observation that I made a long time ago is that men fall harder in love than women in general. In other words, when men truly fall in love, they fall HARD. They are not afraid of changing their Facebook status to “in a relationship”, or posting photos with their woman, or introducing her to literally everyone they know. They will do anything for the woman they love.

When it comes to the big picture, there is rarely an “in-between” for a man.

He either falls head over heels in love with you or he does not.

He is either ready to give up everything just to be with you or he keeps you around until he meets the woman that truly melts his heart. Read this article on what makes a man commit to one woman.

The truth is that once a man falls in love, it’s pretty hard for him to spontaneously fall OUT of love.

There are, of course, times when a man falls out of love for his own reasons, like if he feels confused about his own identity or he suddenly decides that he needs to “find himself”. But High Value Men rarely leave the women they love for their own personal reasons.

Most of the time men fall out of love because of something the woman does – that’s the honest and uncomfortable truth that many women don’t like to hear. For more on why men fall out of love, get your free copy of ”8 Major Mistakes that Most Women Make with Men” here.

This is why as a smart woman you have to take responsibility for your love life. Remember that relationships are YOUR sphere, not the man’s. It is your job to inspire a man to commit – just make sure that it is the RIGHT man.

Your infomation will not be shared with anyone. We will use your information to send you content from our website. You will be able to unsubscibe at any time.

One of the biggest mistakes you can make is to end up with someone who never TRULY fell in love with you and saw the VALUE in you. It’s to end up with a guy who you just fell into a relationship with and who never really tried to win you over. You simply ended up in a relationship that was “comfortable”. As a woman, this can put you in a dangerous and vulnerable position.

Because men tend to fall in love more intensely than women, imagine what would happen when a woman that he was REALLY enamored with came along, a woman that made his heart explode in fireworks? A woman that ignited his masculine energy and made him want to OWN her?

Losing you would not feel like such a big loss because he never had a deep level of commitment to YOU in the first place. He was only committed on the surface level, out of comfort. Not truly, madly, and deeply in love.

I don’t mean to scare you but this is potentially the reality of choosing a man who isn’t 100% ALL IN.

That is why you need to ensure that YOU are the woman that triggers his masculinity and makes his heart explode in fireworks. He needs to fall DEEPLY in love with you.

Read this article to find out what makes the most attractive goddess to a man.

A man who is not absolutely, positively, head over heels in love will give up on a relationship much more easily. He won’t feel a big loss because he never saw immense value in the relationship. He can say “oh well” and move on when you least expect it. This is especially true because men value their freedom much more than women do.

Believe me, I’ve been there.

Several years ago I was in a relationship with a guy who I was completely devoted to. We were living together for 2 years before it turned out that he had other plans. As soon as we faced our first rough patch, he had no problem saying “sorry” and walking away. Just like that.

At the time, I was shocked, confused, and heartbroken – but it makes perfect sense to me now. Our relationship had a weak foundation from the beginning. It was convenient. One-sided. And the funny thing was that deep down, I knew it all along.

I made a promise to myself that I would never make the same mistake again. The feeling that I was worth so little to the person I cared so deeply about was devastating and shameful – but it taught me a huge lesson.

Value yourself. Love yourself MORE.

Remember that you deserve the best – and if it’s not the best, then walk away and find something better. Or push yourself to grow until the best finds you.

So remember, do not let yourself obsess over someone who does not want to be with you. Make a full stop and realize that they are not worth your time.

I know it’s tough, but just think of how rewarding and amazing it feels to be with someone who wants you back. Someone who truly sees you. That is where you should focus your energy. Imagine the fulfillment, safety, and deep connection of having a soul-penetrating relationship.

Does this mean that you should settle?

Let’s get something clear.

Finding a man who loves you “more” does not mean that you should settle for someone who is “just good enough”. Remember, I said “even 5% more” 😉

You BOTH need to fall deeply in love with each other – although it may not happen at the same time. You need to feel attraction, admiration, connection, and have no doubts about the man that you are with.

Choosing a man who loves you “more” is not the same as settling for a man out of fear. There is a very big difference.

Settling for a partner out of fear is when you choose him not because you are completely in awe of him or because you want a future with him, but because you believe that you won’t find someone “better”, or because someone once told you that true love does not exist, or some other B.S. reason.

Never allow yourself to settle out of fear.

Read this article to know the difference between settling and having realistic expectations.

There is someone out there for everyone

I recently watched a documentary called “Happy” about how people around the world experienced happiness (highly recommended, by the way J).

One of the stories involved a woman who was once a beautiful model but after being involved in a serious car accident, ended up with one side of her face disfigured. Eventually, her husband divorced her and left her all alone as she fell into a dark depression.

Fortunately, this woman’s story did not end tragically. She eventually found love again, remarried, and was happier than ever before.

As I teared and choked up at how touching her story was, my husband turned to me and said “There is someone out there for everyone”.

Although this story may seem a bit of an extreme example, it carries an important message.

No matter how difficult finding love may seem, there really is someone out there for everyone. The High Value woman within you knows that she deserves love. She deserves the best and she should never settle. Do not ever turn your back on her. Do whatever it takes to make her stronger, more confident, and more proactive about getting what she wants out of life.

Read this article to learn what it takes to find the man of your dreams.

Remember that you need to find someone who isn’t just Prince Charming on paper – he needs to majorly fall for you. He needs to see the value in you and to feel the fireworks and the butterflies when you are next to him. Focus on how a guy treats YOU first and then look at the other factors. And never allow yourself to settle for anything less than the best.

See you in the next article.