The #1 Concept That Will Change Your Love Life 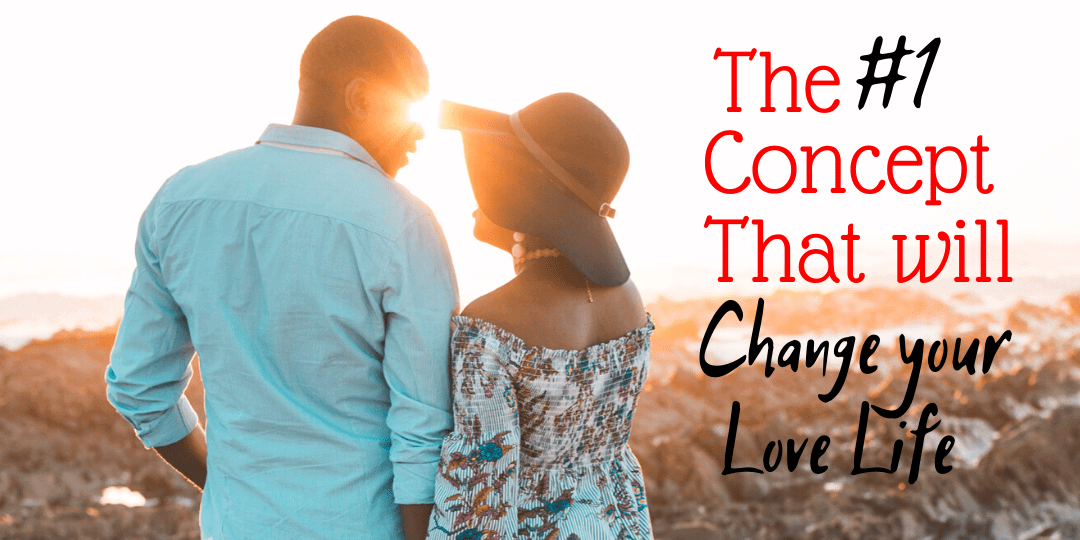 What is one of the most important ideas to understand when it comes to dating and relationships?

Polarity is a simple yet very powerful tool because it can change how a man treats you overnight.

The truth is that women’s dating lives these days are much more difficult than they need to be – because many do not appreciate the importance of polarity.

The dictionary definition of polarity is “the state of having two opposite or contradictory tendencies, opinions, or aspects.”

So basically, polarity means opposite.

Polarity is essential to any successful relationship because it is what keeps a man and a woman attracted to one another.

Now it sounds simple enough, right? Masculine attracts feminine. But many women don’t truly realize how powerful the concept of polarity is.

You have to understand that your femininity is your superpower when it comes to men. Your inner feminine goddess can lead you a masculine, High Value Man who wants to give you the universe.

Read this article on how to become a High Value, feminine goddess.

So how exactly do you create polarity?

Isn’t it a beautiful thing?

Think about what attracts you to a man.

If you are like most women then you are probably attracted to men who display masculine traits. They may not even be the best looking men but they have that solid masculine presence – the one that helplessly draws you in and instinctively makes you giggle and bat your eyelashes.

This is why so many women are literally obsessed with Jason Momoa from Game of Thrones – he has a blatant kind of masculinity that makes him intensely attractive. He represents the polar opposite of femininity.

So what are the masculine and feminine qualities that create polarity?

Naturally feminine traits, on the other hand, include

But if you tune into your heart and pay attention to what you really want as a woman, you will realize that you want to feel admiration and respect towards your man. In fact, I would even say you need it.

You want to feel that you are next to a powerful king who can save you from any storm, rain or fire. You want to feel protected, beautiful, and cherished next to him. If that sounds like you, then you want to be with a masculine man.

Why do so many relationships out there suffer? Why is it so hard to attract the masculine man that you actually WANT rather than one that you settle for?

Many women are creating the wrong dynamic in their interactions with men. This is because they are lacking the femininity that men crave in order to feel attraction towards the woman. A lot of women do not understand what male and female roles in a relationship should look like in order to have the most fulfillment possible.

Look, you already know that High Value, High Quality Men are highly masculine in their energy. It then makes sense that you need to amp up your level of femininity if you want to attract this type of man. Find out exactly how in the e-book Major Mistakes that 99% of Women Make in Relationships…and how to avoid them, where you will learn depth solutions on how to create polarity and have the relationship you now only dream of.

The truth is that men do not want women who look and behave like men, or women who are their “buddies”, or women who are intensely competitive – those types of women do not fulfill or inspire a man. Go here to find out the qualities that High Value men look for in their dream woman.

The reason that you hear stories of men being threatened by women who are more successful than them is not because they are afraid they can’t “handle an independent woman”. No. That is complete B.S. It’s because they lack the necessary feminine traits.

Being next to such a woman makes him feel like less of a man – and men rarely stick around with women who make them feel that way.

This is why competitive and controlling women often repel men and cause them to ghost them, lose attraction, and out of love. Read this article on the 4 types of women that push men away

A man MUST feel masculine around his woman. If you are single, chances are that it will be much harder to attract a man if you are showing up in your masculine energy around him. That’s because you are not creating enough polarity between the two of you.

Look, the reality is that everything you do either adds to your connection with a man or takes away from it. In every interaction with a man, you need to ask yourself “am I adding value?”

Bringing VALUE to a relationship is about creating feminine-masculine polarity. It is about being the source of feminine energy that inspires your man. This is what creates and maintains attraction.

A woman has to be okay with submitting to a man on a certain level if she wants to create polarity with him and reach new level of intimacy and connection. A High Value, feminine woman has the ability to surrender. This is what makes her strong, not weak.

Don’t get me wrong, a High Value woman is not a woman who is helpless and completely dependent on a guy. She simply understands how to draw on her femininity in order to make her man feel more masculine. That is how she achieves the outcome that she wants in her love life. She takes on her role as a feminine woman, and in turn the man is fulfilled and gives her what she wants in return. A High Value Woman knows how to create a win-win situation. Learn more in the book Major Mistakes that 99% of Women Make With Men…and How to Avoid Them.

Remember this – everything revolves around polarity.

The truth is that polarity is everywhere in nature. This is why feminine and masculine energies are the most potent energies in the world. They create balance and bring order to everything in life.

If you want to create and maintain attraction in the long term, draw out your feminine, High Value Woman and you will attract more High Quality, High Value masculine men. The more you allow your behaviour to be polar opposite to his, the more he will be drawn to you.

Understanding this concept can truly change how men treat you – and yet so many women take it for granted!

Attraction is maintained by the feeling that you get in a relationship when you are with a person – that FEELING is the best part of love. When life is sweeter and more exciting and fulfilling. When everything shines brighter and more beautifully. When you feel like the feminine woman that you are at your very core and your dream man is by your side.

Remember that polarity is all about the exchange of energies. Once you master this concept, not only will the men around you treat you completely differently but you will have a much more fulfilling love life. I promise, lovely! For more on how to attract your dream man into your life, read this article.

If you want to be in the top 1% percent of women that truly understands men and become an unstoppable high value goddess, my #1 e-book and program will teach you that. Get your copy here.